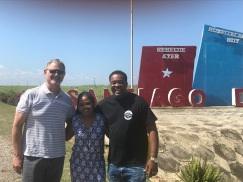 After a 3:00 AM start, long lines at Jet Blue Cuba in Ft Lauderdale, Florida and some very different immigration questioning entering the nation, a friend and I finally had feet on the ground in Cuba at 8:00 AM May 1st, 2019.  About forty minutes later, our Cuban pastor contact came to pick us up in our rental car for the week.

Having just been in Haiti days earlier, I found Cuba to be very green, covered with trees and flowers all along the highways and very well maintained.  There is a noticeable absence of traffic as the Cubans do not own cars.  The highways have mostly trucks, taxi’s, touring buses, a few cars and a large number of motorcycles, the most interesting had added side cars.  My personal favorite to capture on the roads and the small towns along the way were the 1940’s – 1950’s cars and trucks. 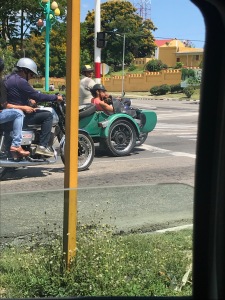 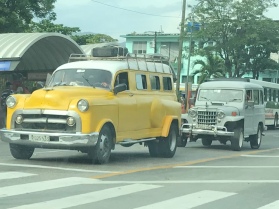 Santiago de Cuba is a city of half a million people.  It is the second largest in the country, where the Castro revolution started, where the capital was at one time and where Fidel Castro is now buried.  It is perceived to be the “warmest” city in Cuba because it’s in a valley.  Luis, our Cuban pastor friend, is not from this city, but felt called to plant a church here after he had one convert from a personal visit many years earlier.  The Lord had him move to the city which was not possible at the time because Castro would not allow the sale of your personal home in order to move to another location.  But, as Luis repeated a lot, God provides. 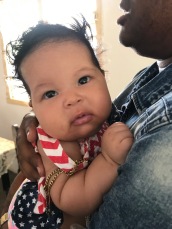 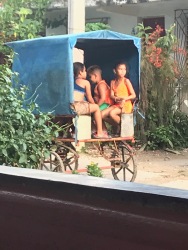 It is very different being in a nation in which the government owns most everything: the water, most buildings which include the stores and hotels, the hospitals, the trucks on the highway, the electrical power generating plants, the farms and fields, etc.  Almost every job is directed by or run by the government and the average worker makes $20.00 – $25.00 per month.  A doctor could make as much as $60.00 per month.  Luis shared with us that the Cuban government provides five pounds of rice, five pounds of sugar and oil to each family, nothing more in the way of food. He said for the average Cuban family this amount lasts for about two weeks. 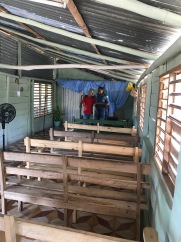 Friday evening, we had a worship service at Luis’ building.  (Luis’ home and church building are physically connected as are all of the “underground” churches.)  The building would hold 125-150 somewhat comfortably, but we must have had well over 175 persons. The buildings in the city do not allow for air to flow through them and with the humidity and the number of bodies present, I’m guessing it was in the high 90’s.  Our pants and our shirts were soaked through with sweat.  But the worship was awesome and Luis allowed me to share the word that night. 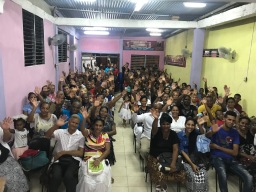 Luis asked me to give an alter call and I am guessing around dozen plus people came forward to give their lives to Jesus.  And then it was like someone threw a match on a pile of gasoline-soaked rags.  The place exploded with dancing, prayer, deliverance and fiery worship.  We came back to our room around midnight exhausted, but a bit dumbfounded at the revival and presence of God in this place. 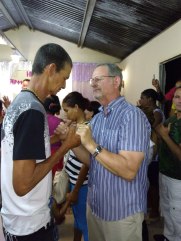 The same thing happened the next night and the next.  Cuba is experiencing revival like nothing I have ever experienced in my 48 years of being a Christian.  Young and the old are coming to Jesus and it was thrilling to experience.  Every church we visited has a building plan or a church planting plan because of the exponential growth taking place.  I felt privileged to not only see it, but experience it first-hand.

Have you been on a mission trip lately?  It will totally and radically change your life!