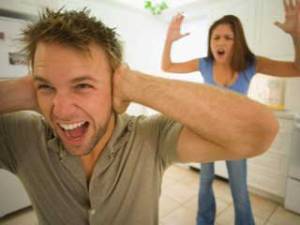 Recently I sat with a husband and wife who are in a long-term marriage. I couldn’t help but notice how he constantly looked to her for her nonverbal approval as he spoke or how nervous he was to say things that he thought his wife may take issue with. It was painfully obvious who was silently controlling the conversation and perhaps even controlling the marriage. Last week we talked about ways a man hurts his wife. Far too often we miss speaking of the ways in which a wife may be hurting her husband. The following are some observations for the ladies and a reminder of ways to affirm that man of God in your life.

She fails to thank him for the small and the large things he does daily.

She forgets to affirm him as a man, showing him respect.

She takes his love for granted.

She fails to enter into his world and do some things with him that he would really enjoy.

She puts off the sexual needs of her husband for her own convenience.

She corrects him publicly.

She fails to pray for and with him consistently.

She tries to be his coach or mother rather than his teammate, at times forfeiting his leadership in the home.

She puts him down in front of the children.

She forgets to touch him, hold his hand and be affectionate.

She forgets to ask him how he is really doing.

She fails to tell him how handsome he is to her and why she is attracted to him.

She holds on to a hurt in order to make him “pay.”

She controls most conversation or interrupts him when he stumbles with his thoughts or his response.

… And the wife must respect her husband. (Ephesians 5:33b)

3 thoughts on “Ways in which Wives Hurt their Husbands”