Internally, we know that a church, a ministry, a business cannot be built on one person or personality alone. In 1991, after surveying 1,000 pastors, the Fuller Institute of Church Growth reported the following:

–       85% spent two or less evenings home per week, yet 73% stated that they had no close intimate relationships beyond their spouse

–       37% confessed an inappropriate sexual behavior with someone in the church 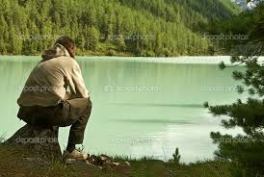 While those stats seem alarming, Jesus has a prescription for the weary, the burdened. He said, “Come to me all you who are weary and burdened, and I will give you rest…and you will find rest for your souls.” (Mt 11:28, 29) Jesus did take time away, time off for reflection, for refocus and for rest. In Matthew thirteen, verse one we are told that He left the house he was staying in and “sat by the lake”. Jesus, not unlike you and me, knew the value and the refreshment of sitting by a body of water. Later in the next chapter, He withdrew by boat privately to a solitary place (V. 13) and again by the end of this same chapter He dismissed His disciples and went up on a mountainside by Himself to pray. When Jesus and His disciples were worn out from ministering He said, “…Come with me by yourselves to a quiet place and get some rest.” (Mark 31b) I love that the Son of God was an example to us in the area of rest and spending time with His Father. Where is your “lake” and in what ways are you resting?

2 thoughts on “Sitting by the Lake: The Value of Rest”