It has been on my heart to address something going on particularly in America right now, but I also know there are some similarities around the world when it comes to elections.

We are in the middle of a political year here in America and the world is watching.  Recently while in another country, I heard a businessperson say publicly, “God help us all if Donald Trump becomes the next US president.”  I understand the comment, but I am challenged by the attitude and the attitude of so many (including myself at times).  I receive a lot of Facebook posts from leaders and at times I am horrified by some of them.  I am not angry at what I see and read as much as I am grieved.  I feel that we as Christians are simply adding to the problem of creating a greater level of disunity and anxiety among our family and the world around us.  While we desire to spread truth, we must be careful that we are not at the same time wounding others in the process and spreading fear.

A statement that I recently read in Shawn Bolz’s new book, Translating God, challenged me.  This one statement jumped out at me in light of how I perceive some (including myself) dealing with the political differences and climate around us.  Shawn wrote, “We will have no authority over that which we do not love.”  In other words, if I had the opportunity to speak to our president would I speak what I have posted in FB or forwarded in a negative email?  If I had opportunity to share with him would he know my love for him, my prayers for him or just my oppositions?  If we do not love, we will certainly miss out on possible assignments from our Father.

I long for authority in the Spirit to pray for our leaders, but at the same time struggle with their agenda and their damaging decisions.  I can’t reconcile a Christian voting for an extremely pro-abortion candidate, but I know they do.  I may never understand it, but can I walk in unity with that person?  Let me share a few verses that I would like you to read and consider sharing with others as the Lord leads you in light of this subject.

I continually think of Daniel in light of this topic.  A godly leader who stood to pray for, work with and eat with a very ungodly, secular government and system.  While he did not compromise, his love must have continually come through. Daniel, “…resolved not to defile himself.”  He received knowledge and understanding through the literature of the culture he was thrust into.  He continually spoke with, “…wisdom and tact.”  As God’s politician they could not find any corruption in him.  The reason for his favor?  Daniel 6: 23 says that he trusted in his God. There was no vote. Daniel was not voted into office, God placed him there.

We share from the pulpit on godly values when it comes to voting, but at the end of the day we are not to lose our unity with one another in building the kingdom of God.  Recently I heard someone say, “Don’t be deceived to believe that man’s view is always God’s view or that man’s thoughts are God’s thoughts.”

Do you remember the argument in Romans 14 over food, what was clean and what was unclean and then who was weak and who was strong?  The whole chapter was about how to treat the weaker in the faith and in the end the writer inspired by God says, “So whatever you believe about these things keep between yourself and God.”  That’s something to think these days…

Jesus and the disciples faced this very thing on a daily basis and then gave their lives, not in opposition of their government but in standing for a kingdom that was not of this world system.  Yes, I realize that some wanted Jesus to set up His kingdom on earth at that time, but that was never God’s goal for His Son. Rather, it was to reach the cross and bring to us the ultimate form of freedom.

Paul stood before the government leaders of his day and it was his own Jewish people who insisted on that same government ending Paul’s life.

So, let’s pray for our next president as believers united in Christ so that we can work together to see His kingdom come with a sense of unity. Let us unite in the need of a leader who stands from a position of integrity, high moral character, experience, truth and one who loves this nation and desires to see it prosper in order to serve other nations. However, let us also realize no politician can save us, only one Name can do that. 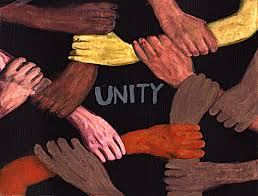 And please be reminded of whose side you are on and it’s not liberal or conservative. I have literally been trying to remind myself through these thoughts, “Jesus loves you, this I know even if I disagree with everything you stand for…Jesus loves you and I need to love you as well.”  Help us, Father, to love so that we might be known by our love.  And as we stand for our beliefs, values and convictions may we work toward unity of the Spirit of Christ.