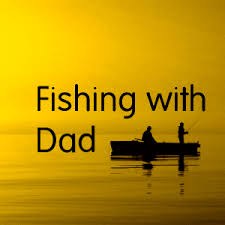 My son and I were on a fishing outing, enjoying the day of catching trout and cooperative warm spring weather. That is, all except for, one disturbing situation close by us. That situation was a dad with two small (elementary age) children, a boy and a girl. It was just great that he was taking his youngsters fishing and we applaud him for that. But that was the only positive thing we can say about him. What we continually observed was disheartening and troubling and we can only imagine that those two small children would rather not have been by the stream at all. It was painful to watch and difficult to not comment. Never once did those kids laugh or excitedly yell, “I got one,” even though they did catch fish. Here’s why. 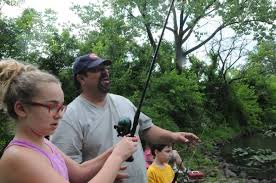 They were afraid. They lived in fear. They did not smile and neither did they show any emotion. They were never told, “Good job; way to go, or you’re doing great.” What they were told was what they were doing wrong with abrasive expressions like, “What’s the matter with you?” “Sit down and shut-up; I told you not to move.” “How can you possibly get your line caught so often?” On and on it went, relentlessly.   Fear was how he disciplined and fear was how he maintained control. Fear in the hearts of his children kept them from closeness, from loving touch and from healthy interaction. Fear immobilized them because they didn’t want to disappoint him or anger him any further. 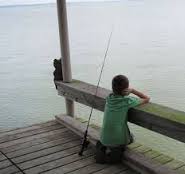