They say to, “drive it like you stole it.”  Little did I know he actually would!

I have given several cars away in my lifetime, but this one…it didn’t go as planned. Having a car business on the side since 1996, I’ve had the opportunity to purchase a lot of cars for a lot of people in need of updated vehicles.  Initially this one was no different, or so I thought.

The purchaser was one of our former foster children.  I sold his high mileage, worn out car for him and then purchased a newer used model. When we signed the paperwork he gave me a check for the sales tax, but failed to pay me for the car.  He told me he was in dire straits and needed to use the money I gave him for his trade-in for past due bills.  And then he asked me to be his bank, by providing a loan for the new purchase.  Because I knew him, loved him and trusted him, I said I would, even handing the title of the car over to him. (That last part re: the title? Not a good move by the way.)

A year later not one single payment was made.  I realized none were forthcoming.  I tried contacting him, but his phone number was changed.  Feeling very taken advantaged of, I prayed and asked God what I should do.  He told me to forgive the debt and to write him a letter expressing those words.  I obeyed, but never heard from him again. 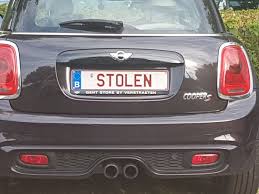 Over a year later I received a letter from his biological mother.  She wrote that her son committed suicide and when going through his possessions she found my letter of forgiveness to him.  In her grief, she took the time to thank someone who loved and cared for her boy.  While certainly not a happy ending, I was so thankful for obeying the voice of God.  I hoped that somehow it made a difference in his life for eternity.

I suppose too often we can look at how life affects only us and forget how it’s affecting others. Who is God daring you to love today without expectation of return?