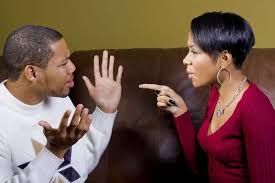 At first I was a bit taken aback by the expression that was just spoken half jokingly. It went like this, “We’re always in agreement; we do what she says.” Do you find yourself all too often acquiescing to your spouse’s desires in order to head off an argument?  Should you be doing that?

Perhaps there’s a deeper issue.  It might be fear.  Or, it could be the more hidden root of mistrust.  Being fearful of push back, being wrong or feeling shamed is not a good sign in a marriage relationship.  Also, where there is fear present in a relationship, there is a lack of love and where there is mistrust, there is a root of unresolved past issues with hurts attached.

This leadership couple honestly confessed and was willing to talk about past issues with disagreement. They were willing to disagree. But what I think they were really saying was sometimes it’s more biblical to overlook an offense or a difference of opinion.  Proverbs 19:11 states, “A man’s wisdom gives him patience; it is to his glory to overlook an offense.”

If we’re avoiding communication thinking that it will lead to a heated disagreement, then we’re not doing the two of us any good.  You have to be committed to work through the differences.  After all, it is those differences that in the end will create a better decision. Truthfully, both of you with your collective opinion, input and insight are necessary for healthy communication and dealing with conflict.  By the way, it’s not wrong to have conflict; it’s wrong to not resolve the conflict.

It is to a man’s honor to avoid strife, but every fool is quick to quarrel.  Proverbs 20:3