He showed up one day at my high school.  A couple of my friends and I began to pepper him with questions. “Where are you from?  What’s your name? Why did your family move here?”

He just moved to my home town from Alaska and we, without hesitation, nicknamed him “Snowy.”  It stuck.

Snowy was quiet, but strong. He helped to begin the soccer program at our school.  He was a wrestler and a talented gymnast.  His specialties were the rings and the high bar.  Snowy could do anything athletically.

In his junior and senior years of high school he entered the mechanics classes at the local vo-tech school and excelled.  He could take an engine or a transmission apart and actually put it back together working properly.  How?  No one really knew.  He just could. 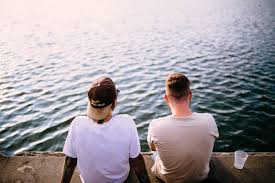 After high school he entered the Army.  It was there that he lost himself.  Southeast Asia was not good to Snowy and I lost touch with him for a season.  He did things in those years that damaged his body and his mind.

Some years after his military service, being married, having a daughter, being divorced, having another daughter and walking in deep depression, Snowy resurfaced.  He allowed me back into his life.  I was thrilled.  We had so much to catch up on.  And we did. 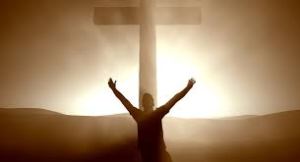 Snowy bowed his knee to Jesus and a brand-new relationship began between us.  He allowed me to disciple him and then the request came to water baptize him.  His pastor told me the tradition in their church was to baptize two times backward and one time forward and then he said, “Are you okay with that?”  I told him if I had the honor to baptize my friend in his church’s baptismal pool, I would do it standing on my head.

What a day…the washing away of the old and the receiving of a new life.

Another close friend was general manager at a Christian theater and he expressed that he was desiring to hire a person with a long list of multiple talents.  I remember telling him what he wanted in one single employee was impossible, but I knew just the guy – Snowy.

He was an engineering genius for them, minus the engineering degree.  His handprints were on many of the intricate, technical designs and creations needed for the hydraulic and pneumatic props.

He worked there until he became disabled.  The pain in his body was taking a toll and he found himself no longer able to physically meet the demands of the job.  His body quickly went backwards and pain killers became part of his daily routine.

Those forthcoming years would be hard, filled with pain and regression and an inability to meet all of his financial obligations.  I went to his tool sale at a garage he had rented on the side.  I watched him sit and eye every well used tool he once held and fixed things with being sold. With each tool purchased by a new owner, it was like another piece of him went out the door.  He knew he would never again find the emotionally and mentally satisfying repair work coming from his gifted hands and creative mind.  Something died in him that day and I saw a different Snowy clutching onto his wooden cane.

Snowy gave up; he stopped fighting and he was barely living.  He would reach out with his needs.  We would reach out to him to join us for holiday meals.  Most times he came, but some days he hurt so badly he couldn’t leave his small, two-room apartment.

The message from his daughter was a dreaded, albeit, somewhat expected one.  Snowy’s lifeless body was found in his apartment just days earlier. He was no longer answering his calls or sending me text messages.  Snowy was gone and with his Savior.  Too young and way too early.

I miss him.  I miss his offhanded, but witty remarks.  I’m going to miss our regular breakfast meetings where he always told the waitress, “Scramble my eggs hard…kill ‘em.” 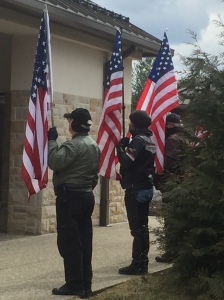 Along with the Patriot Guard, I have had the privilege and honor of serving Snowy and his family by ministering at his full military memorial service.  It was a final opportunity to bless this man who came from Alaska just to be my forever close friend.  Thank you, Snowy, for the laughs, the rides to the beach in your amazingly fast Mustang, hanging out at your garage, the many spiritual discussions and our many, but not enough, breakfast meetings.

One thing I will never say to you, my life-long friend, is “Goodbye.”  What I will say is, “See you later, Snowy.”

2 thoughts on “See You Later, Snowy”