“My sexual lust was fueled by my viewing pornography,” a friend once confessed to me. That statement provoked more questioning on my part and it’s an interesting, sad and revealing story. He described his pornography habit as helping to create a fantasy world in which he lived in, within his mind anyway.   His conscious and subconscious thoughts would affect his reality on a daily basis. He shared, “Porn provided a subconscious trigger that can lead to far worse situations.” One day he found himself in one of those “situations” and he followed through with a “far worse” fulfillment of his fantasy world. 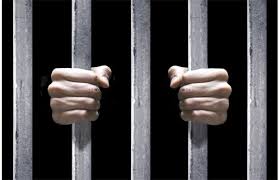 That one single decision to act upon his fantasy almost landed him in jail as he ended up committing a sexual crime.   Today my friend confesses to me that pornography actually changed his reality, “It changed how I viewed my wife, my co-workers and almost everyone I interacted with on a regular basis; it was such a dishonoring view.” Regular intake of pornography will keep you from relating to the opposite sex in a healthy way. It will distort your reality and it will eventually effect your actions. I love how the writer of Psalm 119 expressed it, “How can a young man keep his way pure? By living according to your word…I have hidden your word in my heart, that I might not sin against you…Turn my eyes away from worthless things…”