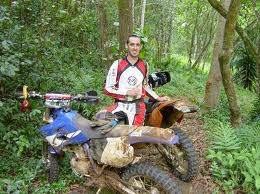 I first met Wade in a feed mill in the 1970’s. I was purchasing animal feed for the small farm our ministry operated. His smile was contagious and his eyes were the brightest blue I had ever seen. As we talked, we discovered that we had two things in common: Jesus and dirt bikes. He was recently married and had a baby girl on the way. Wade was a transplant to the Pennsylvania mountains as was I and we loved the area because it afforded hundreds of miles of trails to ride. Wade was an excellent rider and we continually stretched our skills by playing cat and mouse on tight trails motorcycles had no business riding fast on. We even entered a number of enduro races together. 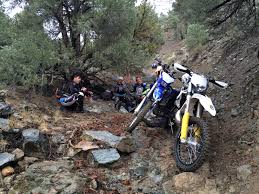 Regularly, when we stopped to take a break from riding and catch our breath, we would talk about Jesus and how He was changing our lives. Like riding fast in the woods, we also pushed one another in our faith. On one ride I noticed Wade started coughing and struggled to catch his breath. He passed it off as a cold. The coughing wouldn’t subside and he finally submitted to seeing a doctor and then to a specialist. Wade, a young man in his early thirties, was diagnosed with esophageal cancer. Regardless of treatment, Wade never improved but day by day became weaker and weaker. He no longer had the strength to ride his bike.

Wade wanted to hear his 400 cc two-stroke Husqvarna one more time. After several hard and painful kicks it roared to life and then for some unknown reason, the bike caught fire and burnt to the ground. Like the bike, Wade died soon thereafter. I still miss him – his laugh, his teasing me because he was a better rider than me, his love for the Bible and just talking about his Savior. Wade has been with Him in heaven for many years now. I can still remember one of the conversations we had sitting on a log along side a trail. Wade looked at me and asked, “Do you think the Lord has dirt bikes in heaven?” One day I will see Wade again and I will find out the answer to that question.  Jesus once said, “I am the resurrection and the life. He who believes in me will live, even though he dies…”