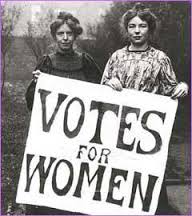 I have watched with interest over many years of my life the “women’s movement.” I am delighted that women can vote, wear pants in public and play an equal role in so many areas of our culture today. I am pleased to see women being urged to lead in many arenas. I love how God placed a part of His nature in women that all of us are in need of and benefit from. After all, without women, none of us would be here.

That said, I dislike how the movement portrays today that men are not important to women. I dislike that women are told, “It’s your body and you can do anything you desire with it.” We know this to be a reference to the killing of a child within their womb. (What about those pre-born women?) I dislike that one sex feels a need to rise above the other in order to feel valued or appreciated. After all, we are ‘opposite sex’ for many specific reasons. God undoubtedly planned it that way.

I find it hard to see some of the points being made today in a personal attempt to excuse rebellion against something. I openly wonder, “Who is lying to our culture in an effort to create these wars?” War doesn’t always bring about the changes desired. Certainly we each have needs that we are trying to meet, but to constantly and consistently battle one another seems unhealthy. Perhaps we have brought much of this on ourselves from our history, but today is so different from yesterday. I wish more people could appreciate where we have come to rather than continually fighting over where we once were and staying so stuck in the past. 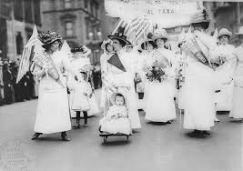 For numerous personal reasons, I set out in my devotional time to catch the scriptures I found in a couple of the gospels in which Jesus connected to women and how He connected. It blessed me to see how He, in the middle of the Old Testament and the Law of Moses, embraced women, even within His ministry life. I love how He loves us and sees the value in each and every human being that He has created, regardless of race, religion or sex. In its simplest form, feminism is simply the act of advocating social, political and all other rights of women equal to men. I believe that Jesus operated that way and would never, ever desire women to be seen as less-than in any area of life, especially in relation to men.

Surely a huge part of this cultural war is the devaluing of women and men. I’ve never read words recorded from the mouth of our Lord while He was on the earth that helps to incite this cultural war, but rather, His words provide answers to those relationships. I love how He often had a piercing question to ask in return to a culturally sensitive question being asked of Him. For example, once the Pharisees’ were “testing” Him and asked, “Is it lawful for a man to divorce his wife for any and every reason?” His answer was, “Haven’t you read the scripture? (Question) And, didn’t you read that from the beginning God made them male and female; they would leave father and mother to be one? (Another question) Didn’t you realize they are no longer two persons, but one?” (My paraphrase)

In other words, Jesus, the Son of God, was valuing the woman in that she is equally one with her husband, not less than her husband. In the culture of the time in which these words were written, a man could legally divorce his wife for practically any cause. Jesus had every opportunity under the Law to say, “You’re correct; trash her; put her away never to be anyone’s wife again.” He didn’t. He was the Author of marriage, He wrote the book on marriage and then said, “Therefore what God has joined together, let man not separate.” Husbands and wives are a single unit. To love your wife is to love yourself and to love your husband is to love yourself; two have become one.

But the value of a woman started far earlier than this encounter that Jesus had. His Father chose to send Him, His Son, to earth. He did this by placing a seed from the Holy Spirit into a very young woman named Mary. Jesus could have come to earth with an army, with the angels or by simply dropping out of the clouds as a full-grown man. God chose a virgin to give birth to Him. The scripture records an angel speaking to Mary and telling her, “Mary, you have found favor with God.” (Matthew 1: 30) A woman found favor with the Creator. God looks favorably over every woman He has created.

On another occasion, one of the Pharisees invited Jesus to his home for a dinner. While Jesus was there reclining at the table, the Bible indicates that a woman who had lived a “sinful life” brought some perfume to wash Jesus’ feet and then actually cried tears over Him. She then wiped those tears with her hair. I can imagine this scene with all the men in the room aghast in unbelief and displeasure at the actions of this “sinful” woman. But instead of ridiculing her, Jesus used this act as a life lesson to those who were observing. Jesus sensed her heart, her repentance and moved toward her with words of forgiveness and justification. He actually said, “Therefore, I tell you, her many sins have been forgiven – for she loved much. But he who has been forgiven little loves little.” (Luke 7: 47)

Jesus had every right to send her away, back on the street to do what she did. The Son of God could have blinded her or sent her away crippled as her punishment, but He chose to receive her gift, her heart, and to forgive her – not a very popular thing to do. 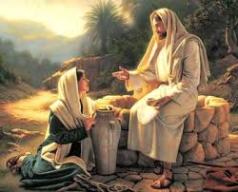 Did you know that not only did the disciples travel with Jesus, but that women traveled with Him as well? In the gospel of Luke, chapter 8 and verse 2, we are told that women traveled with Jesus and His disciples. What were they doing? Luke shares that these women were actually…”helping to support them [Jesus and His disciples] out of their own means.” (Luke 8: 3) Jesus had women with Him who were helping to pay for the needs of the ministry team. He valued their support and the important role they played with the team.

Later in this same chapter we have a little girl who needed healing and a woman who was bold enough to step up and touch Him. When she did, her faith was that she would be healed. Jesus knew someone touched Him desiring a miracle. She fell at His feet “trembling” in fear and their eyes met. She blurted out her story hoping someone would understand. She was instantly healed the scripture says and then Jesus said this, “Daughter, your faith has healed you. Go in peace.” The woman who was bleeding and unclean under the Law, was not only healed, but He called her “Daughter.” How honoring.

There were two special women in Jesus’ life: Mary and Martha. One day at their home, Jesus was sharing, as I presume He often did. Certainly customary for the day, the two sisters should have been busy preparing the meal and serving the men in any way they could. But it was Mary who just couldn’t pull herself away from sitting at His feet. Martha complained about her sister not helping and Jesus’ reply was keenly insightful, “Martha…you are worried and upset about many things, but only one thing is needed. Mary has chosen what is better, and it will not be taken from her.” (Luke 10: 41, 42)

Jesus not only affirmed these two women, but also longed for them to both sit at His feet together, receiving equally from Him. He loved them, spoke to them directly and said for them to not be taken away from the most important thing for men and women, sitting at His feet and learning of Him.

Jesus protected women’s sexuality and told us that it was wrong to look at woman lustfully. He was far harsher on adultery than the Old Testament was. He said that if you even look at a woman lustfully, you have already committed adultery. (Matthew 5: 29)

Jesus told us to honor our father and our mother, treating these roles equally. He said that if you curse father or mother, death was imminent.

My last scriptural expression of inclusion and equality is my favorite. The resurrected Christ could have first showed Himself to anyone He wanted to, any King, Priest or earthly authority. It was a couple of woman who first showed up at the grave. Two Mary’s arrived at the tomb early Sunday morning. Once again an angel comes to these women and declares during an earthquake, “Do not be afraid, for I know that you are looking for Jesus, who was crucified. He is not here; he is risen, just as he said.” (Matthew 28: 5, 6) It was the women in His life who were “looking” for Him.

In fear the women began to run off and suddenly Jesus was standing before them. They recognized Him and grabbed His feet and worshiped Him in jubilant praise while He spoke to them, “Don’t be afraid. Go and tell my brothers…” The Son of God declared His resurrection first to two of His female friends and commissioned them to tell the brothers, the men.

Jesus was an advocate of woman by treating them with purity, with respect, with honor, with protection, with equality and with dignity. It is a lesson for us as men to do the same. Any woman treated in this way by a father, brothers or a husband doesn’t need “equal rights” because she knows she is honored far above just an equal portion.

I need women in my life. I need what they bring by being who they are. My daughter is in no way less than her brothers in our family. My wife is my partner and I am hers. Your female boss deserves every bit of respect that you would give a male boss. Paul said it so well when he wrote, “There is neither Jew nor Greek, slave nor free, male nor female, for you are all one in Christ Jesus.” (Galatians 3: 28)

Let’s be part of stopping the cultural slide of anger by being an advocate for all women just like our Lord was. Let’s be on a daily march of loving, respecting and honoring women. Let’s serve the women in our lives through the spirit of Christ who allowed “sinful” women to approach Him for forgiveness without judgment. Let’s tell the world of women in our circle that equal rights with men is not something they need to attain, because the Savior of the world has already pronounced their approval, their acceptance and all of their rights.

Women, all women, come find your place of freedom at His feet.