I would be devastated, overwhelmed and heart-broken if my daughter suffered any kind of abuse from anyone in any fashion.  I would give my life to make sure that did not happen. Further, I would be equally broken and horrified if one of my sons was falsely accused of abusing another. Having raised my children with very clear values and boundaries, I would believe them if they told me abuse occurred or did not occur.

Whether there is alleged abuse or alleged accusation, I appreciate that these kinds of things, brought out and into the light, bring awareness to very destructive behaviors.

We are told that one in four girls endure or suffer from some form of abuse or molestation, which is simply horrific.  But it is also true that one in five boys suffer the same.  Having been a social worker and marriage and family counselor for many years, I witnessed way too much devastation in lives of youth and of adults in both females and males.

I heard stories from young women who had been molested in their family barns, a place that should have been safe for them and I heard similar stories from young men.  One young man told me that his female high school English teacher while on school premises repeatedly forced him to engage in sexual intercourse.  His pain over this was evident years later.

We are responsible to teach our children truth and how destructive sex can be outside God’s boundary of marriage.  My wife and I shared I Timothy 5:1 and 2 with our children, “Treat younger men as brothers…and younger women as sisters, with absolute purity.”  Your children’s school teachers, politicians, Hollywood or any news media will not be teaching these verses; it is your/our job to establish these boundaries and life-giving values.

Today we hand our children a smart phone to stay in touch with us. At the same time, we must realize these hand-held devices are a computer and they accesses pornography which teaches just the opposite of the values we are attempting to instill.  Are you aware that Hollywood produces around 600 to 700 films per year while the pornography industry produces 13,000 films per year? Children are accessing some of the worst, most horrific sexual smut available for free on their phones each and every day. 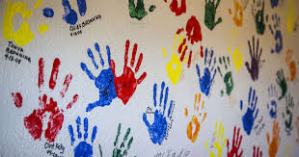 In these times we are hard pressed to find any moral guidance coming from Washington DC, even as governmental leaders call for morality.  And Hollywood continually puts out sexually provocative films and then expects morality among its ranks.  You cannot have it both ways…sorry.

So let’s take responsibility for our own lives and the lives of our family.  We need to have a zero tolerance of pornography and sexually explicit movies and television.

No matter the ill in our society, God’s word has already spoken on the subject and given us the most safe, most protective and life-giving answers. It is that same book that mentions not lying, not stealing, not committing adultery, not coveting and not murdering.  This is not a call to fight or resist our government, our schools or even Hollywood, but it is a call to remember who our enemy actually is.

The weapons we fight with are not the weapons of the world.  On the contrary, they have divine power to demolish strongholds.(I Corinthians 10: 2)