I read this scripture early one morning this week, “Better a patient man than a warrior, a man who controls his temper than one who takes a city.”  (Proverbs 16:32)

Are you controlling your temper or do you find yourself becoming inordinately angry at times?  Anger is funny in that it can pop up unannounced and uninvited.  You might be hungry.  You might be overworked or over tired.  You might be feeling extra stress.  There are emotional conditions that lead to more anger. Sometimes it can be good to do a bit of self-evaluation and search yourself concerning any of those emotionally related areas mentioned above.

In my booklet, Be Angry and Son Not, I defined anger as, “Our emotional response to a stimulus that we interpret to be threatening to our or another’s need for security and significance.” 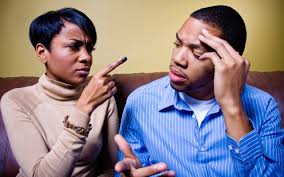 Breaking that down…it would simply mean I have blocked goals.  Think about the last time you found yourself getting angry.  You most likely desired something and you were not getting it; your goal was blocked.  It does not mean you wanted something bad, but still your need was not met.

The other day my grandson wanted the blocks he was using to stay in place while he built a “tower.”  Because he’s only three, he had a tough time aligning the blocks so they would stay in place, and of course, they came tumbling down.  Then he came “tumbling down” with a huge meltdown.  No consoling would help; his goal was unrealized.

I understand we are no longer three years old, but we can have meltdowns too.  While there are some pretty normal emotions that go along with anger like, a higher volume with your voice, feeling tense, not maintaining total self-control and interrupting the conversation, there is also an anger in which we can sin by being verbally or physically abusive.  That latter type of anger is not normal and if that is your go to emotion, you are in need of help.

How often is anger present in your relationship?  A healthy marriage can tolerate certain outbursts as normal, but if anger is your “go to” mode of operation in order to get what you’re after, and you justify it as necessary or normal, then most likely your anger is self-motivated rather than other motivated.  You are using your anger for selfish means and you’ll need some form of intervention.

But now you must rid yourself of all such things as these: anger, rage, malice, slander, and filthy language from your lips.  (Colossians 3:8)