Are you an Indian People’s Party, a Labour Party, Libertarian Party, National Party, Christian Party, Democrat or a Republican? Did you know there was a political party registered in New Zealand in 2015 called the “Not A Party” party? Regardless of your party affiliation, this is not your identity. 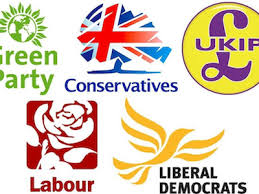 All these political parties are meant to offer a difference in belief and values. At their core, these differences tend to divide if we let them. If we have found ourselves turning up our noses at our neighbors’ political signs, chances are we have allowed the differences to divide us. If our family members vote differently from us, we again have an opportunity for division.

The world systems tend to bring division. Often names are attached to certain values which then becomes an identity. But, as believers, this is NOT who we are. We must rise above the rhetoric, the anger, the angst and the propaganda. There is no political party on the earth who can save one single soul. There is no party in this world that can change a life like Jesus can.

Now that we have that settled, where is your alliance? Are you spending more time reading about your party, sharing about the beliefs of your party and advocating for your party over the time you spend sharing with others the most life-giving, life-changing good news available to mankind? It is good to talk about politics, but it is great to talk about a kingdom that has no end.

In politics we disagree, we voice our opposition, speak our mind and/or we resist. In a kingdom, we bow down to the King. In politics we elect leaders and then reelect years later. In a kingdom the King reigns for a lifetime or in our case, for all eternity. We are called to serve our King over country. We are called to a priesthood, a divine position within the kingdom.

To live this way, we spend our lives getting to know the King, because our heart is to obey Him first. And then, we tell our neighbors about Him, the King of kings, Lord of lords, Jesus!

Therefore, since we are receiving a kingdom that cannot be shaken, let us be thankful, and so worship God acceptably with reverence and awe, for our God is a consuming fire. (Hebrews 12:28)